It is such a privilege in this country to be able to vote. So much has been done over the century to have just that privilege. It was in 1917 that woman could vote in Canada, yes for 101 years we've earned that right & so many do not mark a ballet on that day male or female.
I have taken the time to meet Brian Gallant & Madison the granddaughter was there also to work the camera & at 15 years of age have her first encounter of politics with grammy. 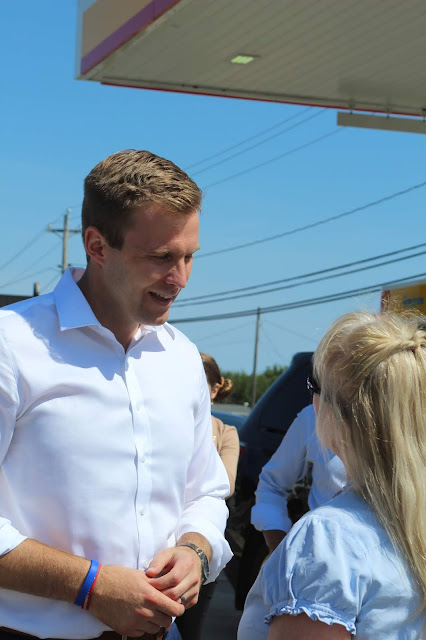 Maddy did do a great job with the camera when Brian Gallant came our way!
I spoke to him about my love for New Brunswick as ' I Come From Away' & being a senior now I try to stay physically active in the BSA Community Centre however it is on a boarded up bowling alley & some government help to give us a hand up would be grateful... 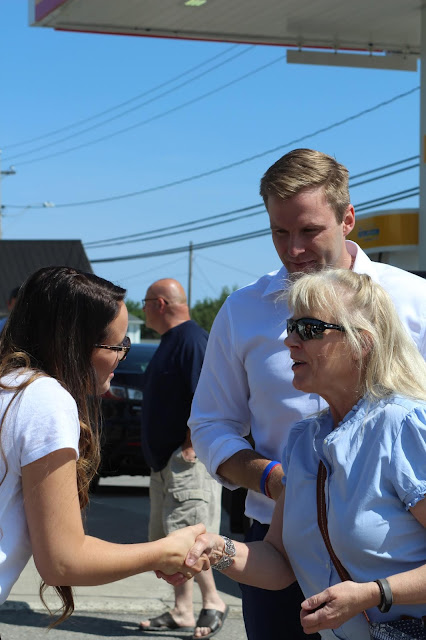 He then introduced me to his lovely new wife. 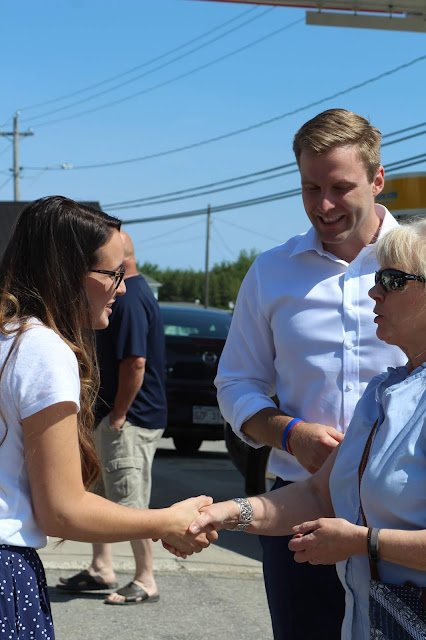 And as we began talking, he walked away & never answered my question about seniors getting help. 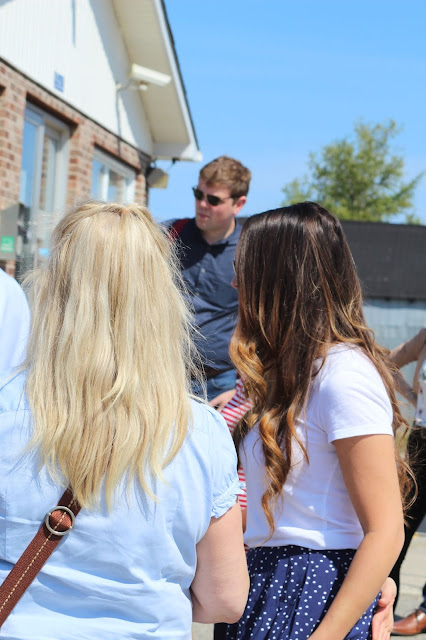 We both looked for him, he was off & gone to someone that he was to meet at 1pm that day of his gas station arrival. 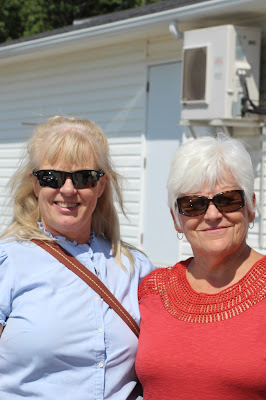 Then last week I had Jake Stewart come to my door. He asked ME what my concerns where & what I was not happy with. Roads always come up as ours take a beating from loaded peat moss transports at all hours of the day & night. Then I spoke of the shape of the BSA Community Centre & he was shocked to know that area even existed!
He had gotten a couple of grants for the centre's roof, kitchen, & bathroom updates but never knew of us behind the double doors.

Today he came to the centre & viewed the state of the floors & back wall. He agreed it does have to be updated & if he's elected it will happen.
So many of us are hoping/voting for Jake Stewart!
I Googled him & was amazed at all his humanitarian accomplishments, this man really is a bright star & one to watch in the years ahead.
He's working off a platter not a plate & I don't see him slowing down anytime soon but I hope he is careful as bright stars burn out the fastest. 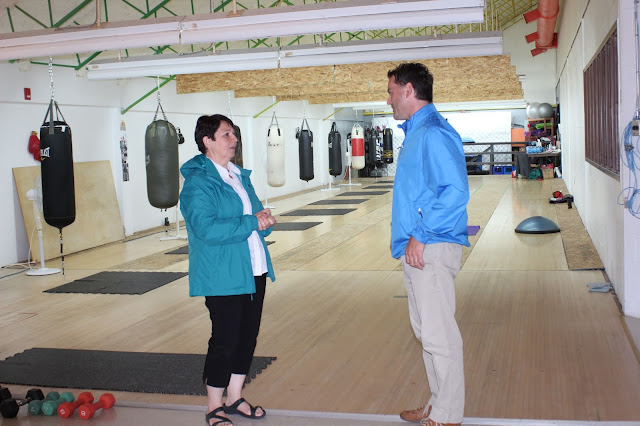 Seraphie & Jake Stewart talking over what is needed. These two have worked together in the past on the centre's updates. 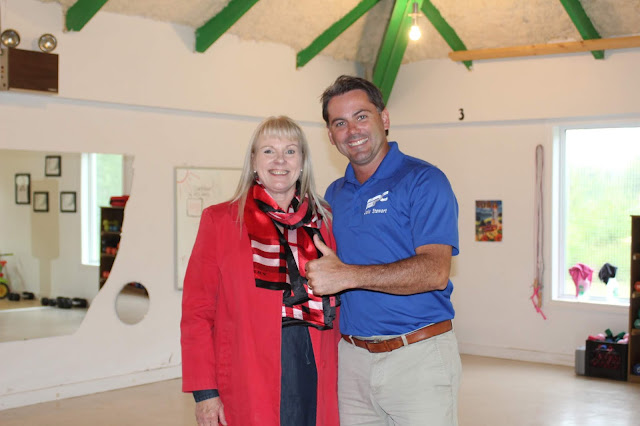 Me with Jake, he's giving me a hard time about the 'Liberal red coat' but it was a raincoat & much needed with the rains from the hurricane remnants. He gives me the thumbs up knowing that he has my vote! 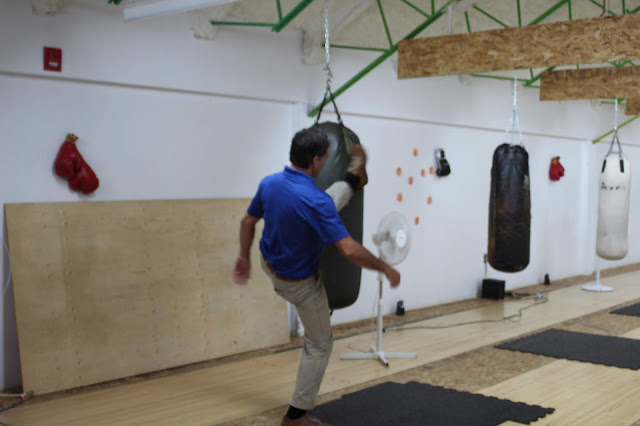 After the business talk was done he just could not resist giving the bag a kick... 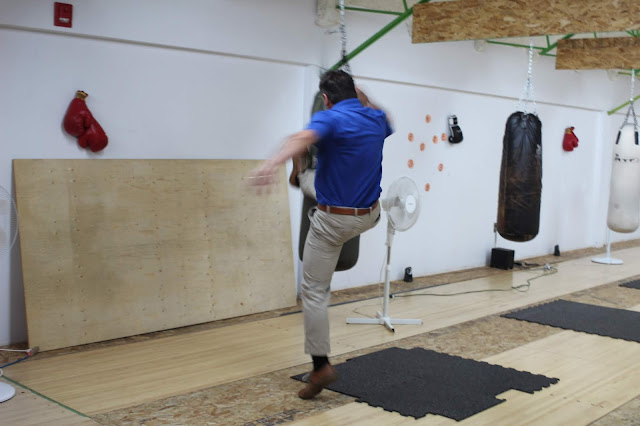 Jake Stewart has the largest area to cover in New Brunswick, from Escuminac, where he was heading after our meeting, to just outside Fredericton! That is a lot of door knocking & I'm sure glad that he knocked on my door to introduce himself!

Thank you for stopping in for a visit & please take the time to vote. It is your privilege & your right!
Cynthia
Posted by Kyrotime at 2:56 PM