Spring On The Inside - Winter On The Outside

We have had 4 nor'east'rs so the snow is still here piled high! 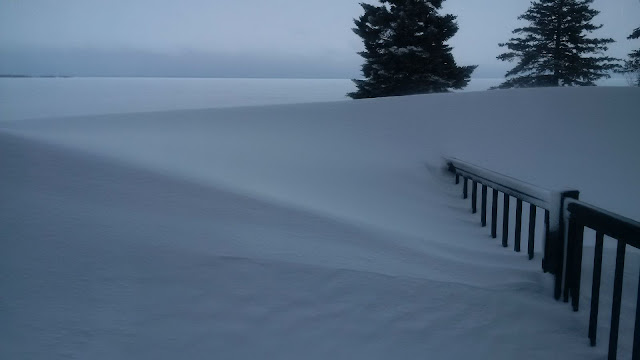 This is the backyards deck & the snow drifted higher than the railings. We may have to add more snow fences next year. 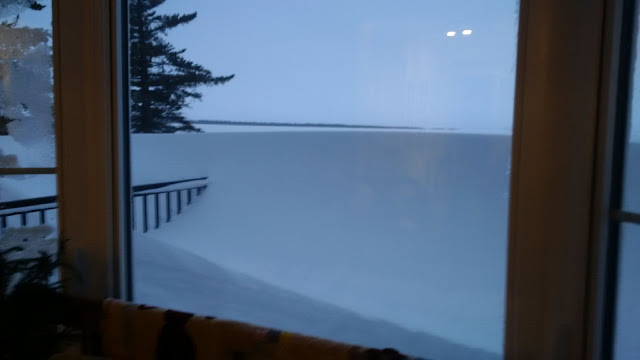 The view looking outside is just as wintery, almost half the dining window is covered by the snow drift. I'm so happy to have the evergreens to look at or I would feel like I was living in the tundra!

I was going through some spring things & found this old t-shirt of mine. Too small now but the cross stitch is why I purchased it years ago at a thrift shop. 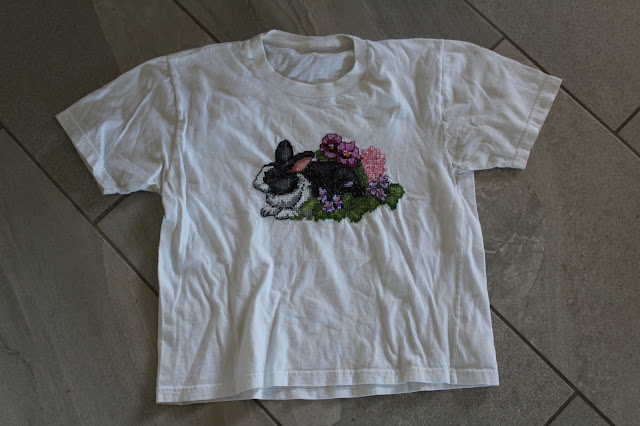 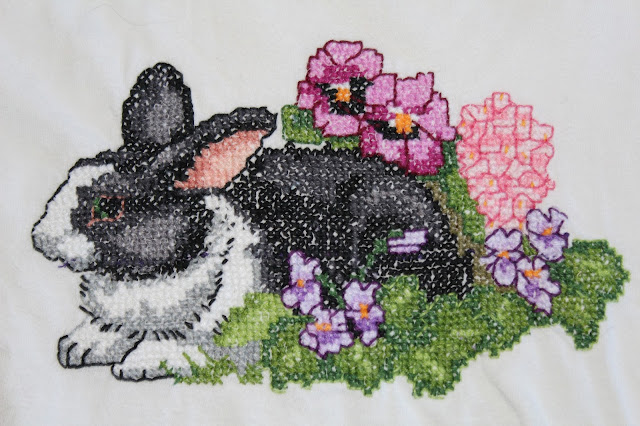 I did some 'waste away' cross stitch many years ago & know the technique & how much work it is.
This bunny just says 'Spring' to me! And flowers & green grass are hopes of what is to come once this snow is gone!! 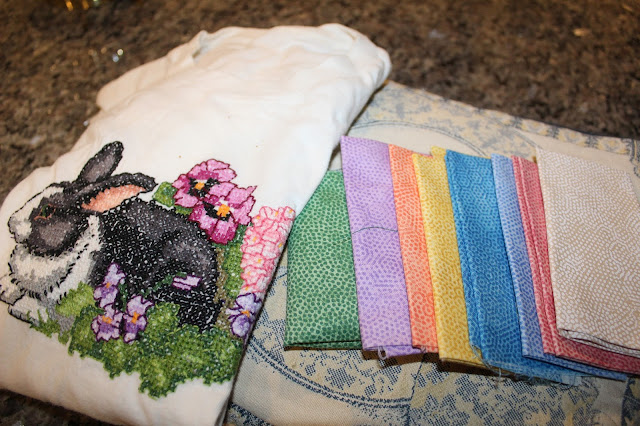 Years ago Paulette, my quilting buddy, gifted me these fat 8th's & have cut into them for applique but now I have an idea as they compliment the bunny & are so spring-like in colour as well! 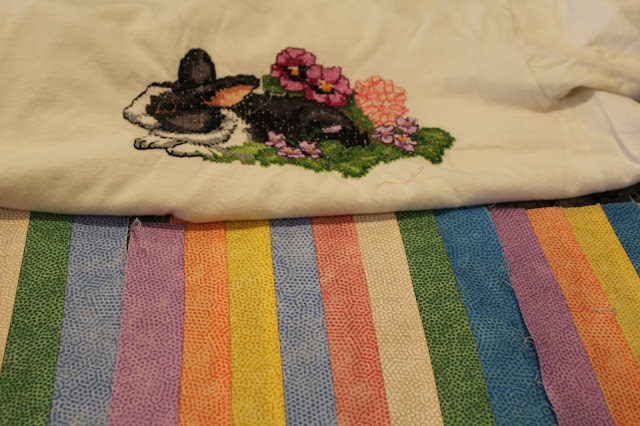 I cut them into 1 1/2" strips & they're going to be a piano key style frame around the bunny & made into a decorative pillow. My feeling of spring. I love to feel colours & this warms me with a smile. 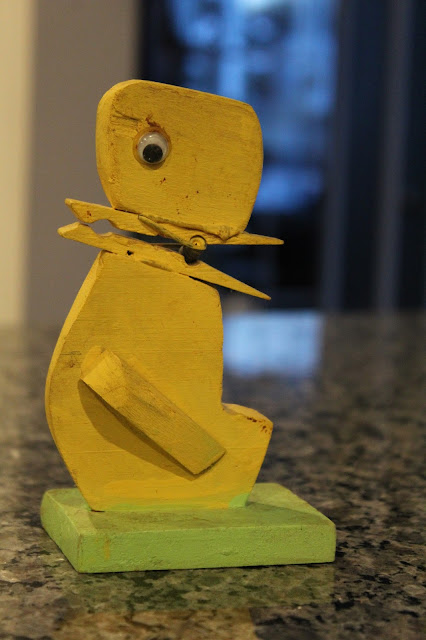 So did this little chick, that holds my recipe cards. Don, the eldest son, made back in grade school.
Simple things that I have held onto & smile at Easter when I pull it out. XO 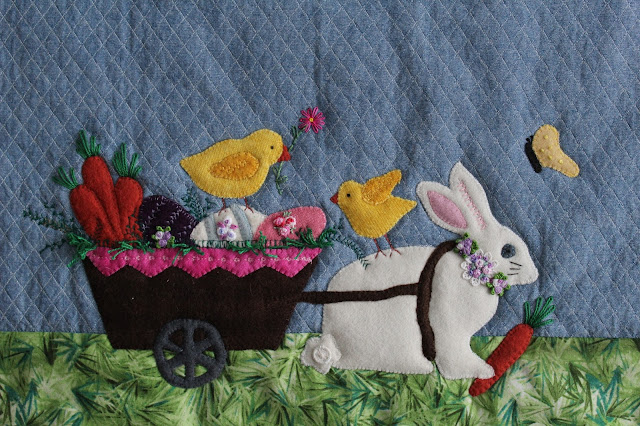 This is block one from last years BOM Through the Seasons. Better late than never, I made the block on an Easter pillow.  Then after doing the piano keys, I had a few scraps left to pull these two pillows together & add the words Easter Time to the open top of the applique. 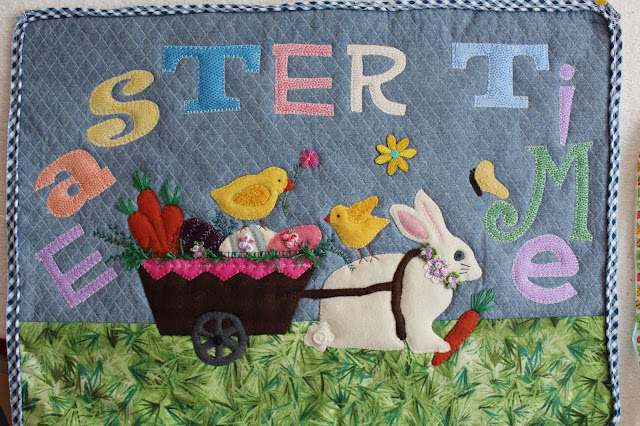 Now the two are similar but different & I'll remember I made them together! See bunny's tail? 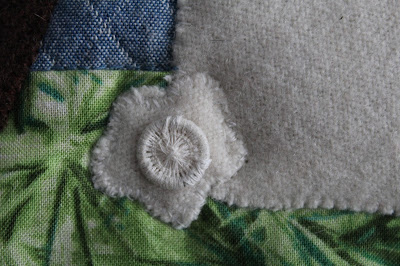 It is a family heirloom, Bill's Namama made her linens for her Trusso  & had these handmade buttons on the linens.
In 1990, I made Nicholas his Christening gown from her linens & the gown weighed more than the baby! The detailed raised embroidery with her initials was incorporated into the back of the bonnet.
This Easter she is remembered again on this wee white rabbit. 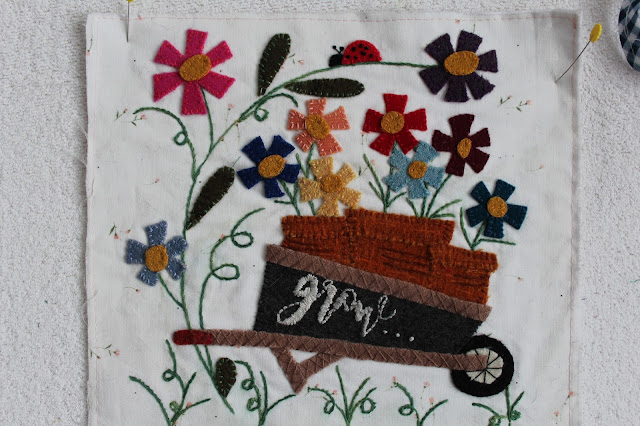 Another block of the week is finished! 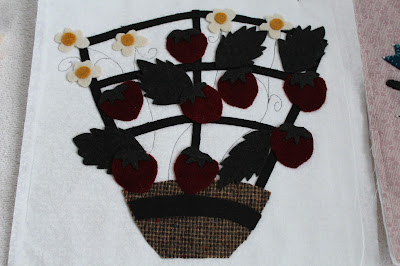 And another one is cut & waiting to be embroidered down. There are two more in the queue that hasn't been started. It all comes to an end at the end of April, when the finishing instructions are given out. I will remember this quilt as the one that I did during snow storms!

There have been so many recalls on dog treats/food lately that I've taken up making dog biscuits for Bridget & Baxter. I picked up a tray of chicken gizzards & cooked them for hours in water then puree them, that was messy, added spelt flour & sunflower oil. Refrigerated for an hour. 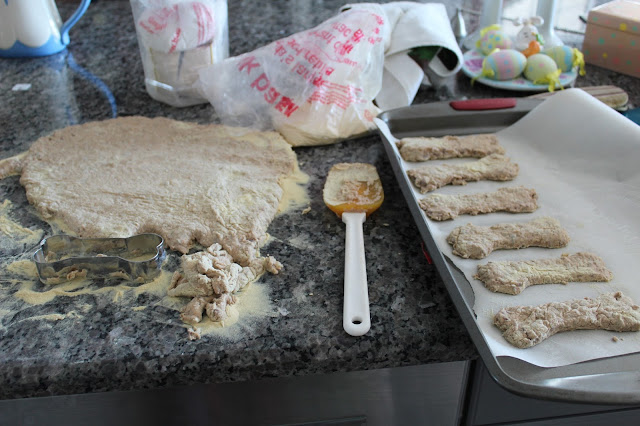 Rolled the dough out & cut out with the dog bone shaped cutter supplied with the cookbook called Baking for your Dog.  I think I purchased it at Costco many years ago. 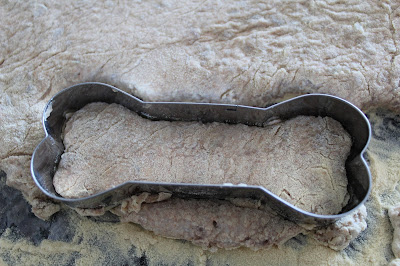 The shapes cut out easy & I used a potato flour stop the sticking. 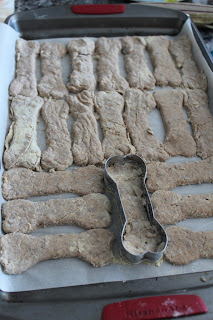 There were two full trays of these doggie cookies. The downside was they were not interested in them so I took the dehydrated liver & shaved it off on the bones in the container & the longer they stay there the more they like them! 2 weeks is the life spam if they last that long! I'm going to freeze some too for later when they are able to enjoy the outside porch again. 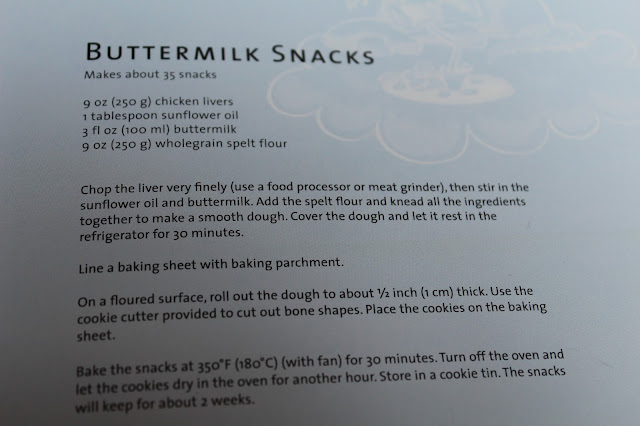 There were 34 bones from this recipe that I modified. 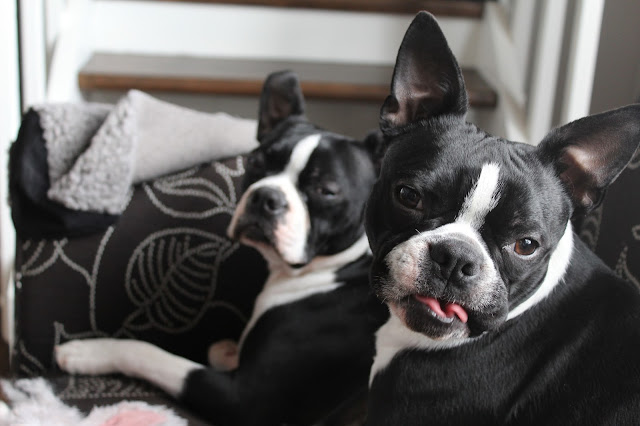 Trying to get a photo of Bridget with her tongue in is so hard, the look of Baxter looking is priceless! 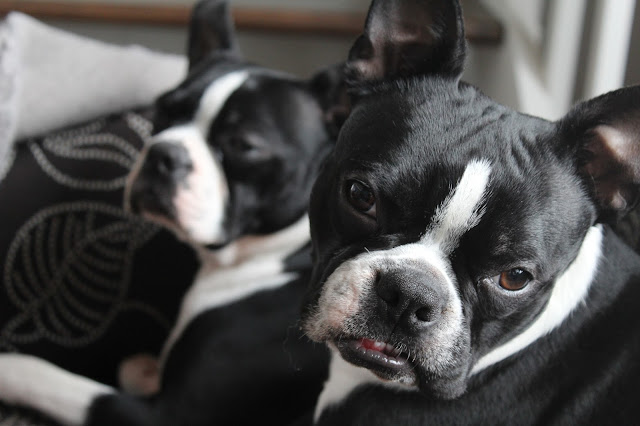 And there we have it, just a bit of tooth!

A saying that reminds me of these two.

"Dogs are not our whole life,
but they make our lives whole."
~Roger A. Caras

Thank you for stopping by on this windy snowy day of mine.
I hope your spring has sprung as I patiently wait for spring to arrive here.
Bill & Nicholas will be home for Easter & Bill has been in China & Australia & is now back in SW Ontario Canada. I can't wait to see his face when he sees the weather here! It is to snow again the day after they arrive!

Happy Spring, Happy Easter, wherever you are! 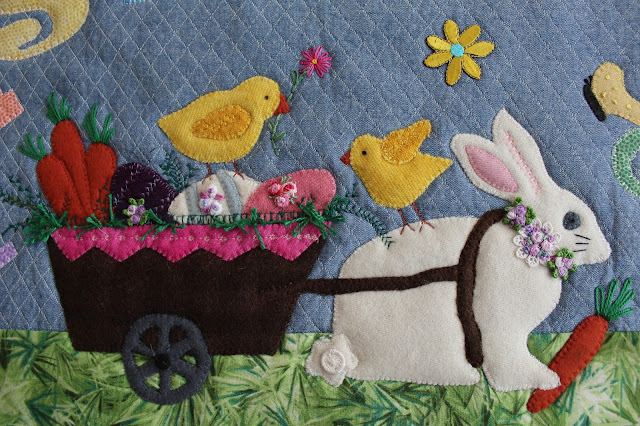