Oh what a whirl wind I've been on in the past few weeks & now past the middle of January already!
Bill & I had a fun week in Clearwater Florida where the elevator code meets were held, I slipped on as 'added luggage' & was so glad I took the time to be with him. I forgot my camera bag at his apartment & so there's just one of me & my new Romanian girlfriend Gratziana. With our guys in elevator code meetings, she & I sunned by the pool & shopped together.
She's going to the code meetings the fall in Hawaii...not me because I'll be right where I want to be on the east coast. I was nice to be in The Sunshine State for a week though! 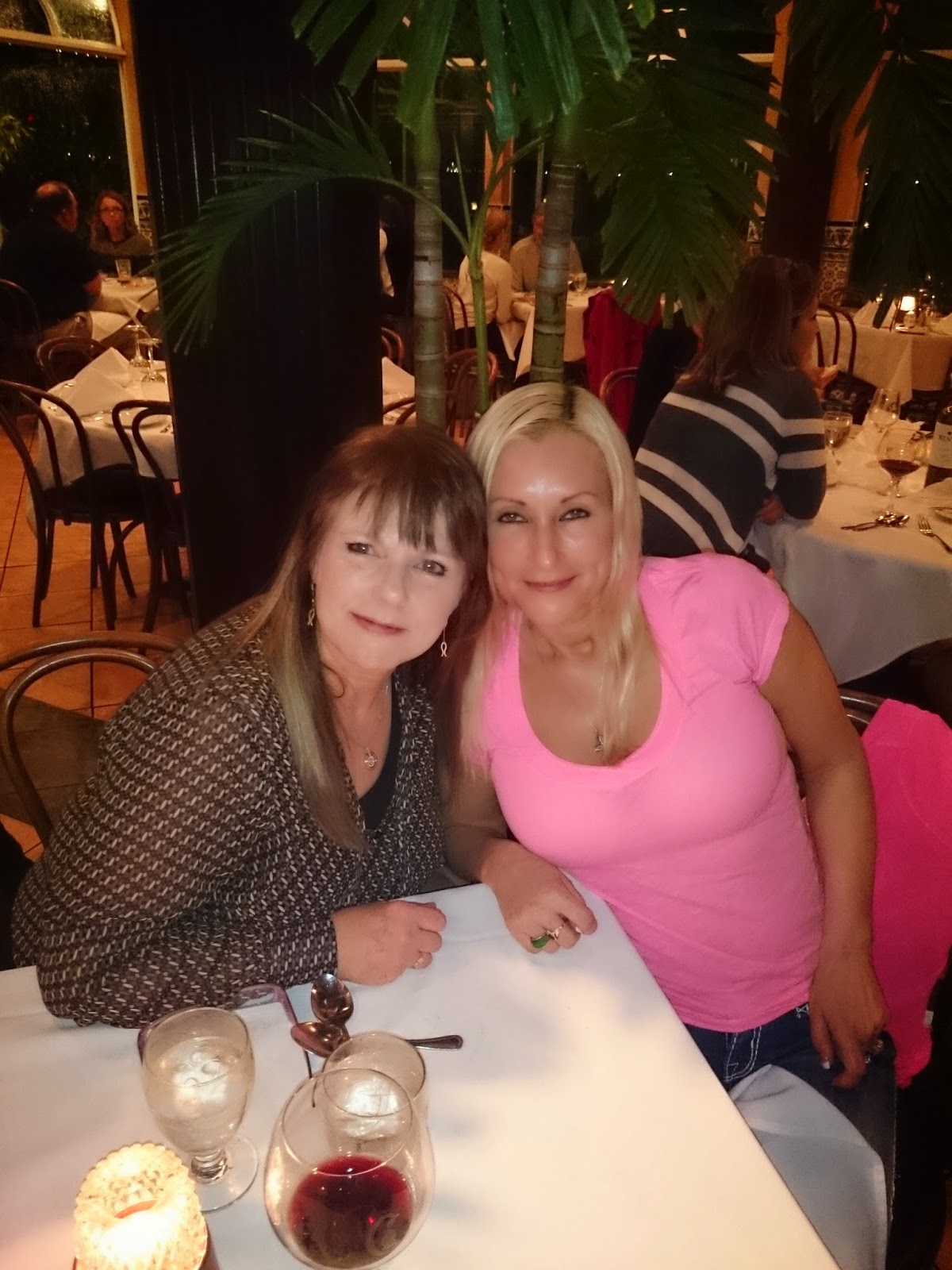 I called the vet yesterday at 9:30am,  to make rexton an appointment to have her spayed and was asked if I could bring her in at 10am!
As Bill stated to me, ( he was in the middle of putting the first coat of paint on the laundry room walls) it would be best sooner than later because I worry so much about having pets operated on. Back in the early 80's my Sparky the Dalmatian had kidney stones & was operated on,  there were complications & I lost him. :(
So with crate in hand I took her in for the procedure. The office called at 3pm to say all is well & to pick her up at 5:30pm.

At 5:30 last night I picked her up & a hefty vet bill too...turns out she was still in heat!! That will cost another $42.00 on top of the total! It's all done now & she's going to be an inside cat so I'm hoping that was her last vet bill.
I was also told that she is to wear her head cone for 2 weeks! AND she's not to jump!!
Well this cat lives to jump, she loves heights & can get there with ease.
I put her cat tower sideways for the two weeks, it now takes up 1/2 the lounge floor. lol
Oh the concessions we make for our beloved pets! 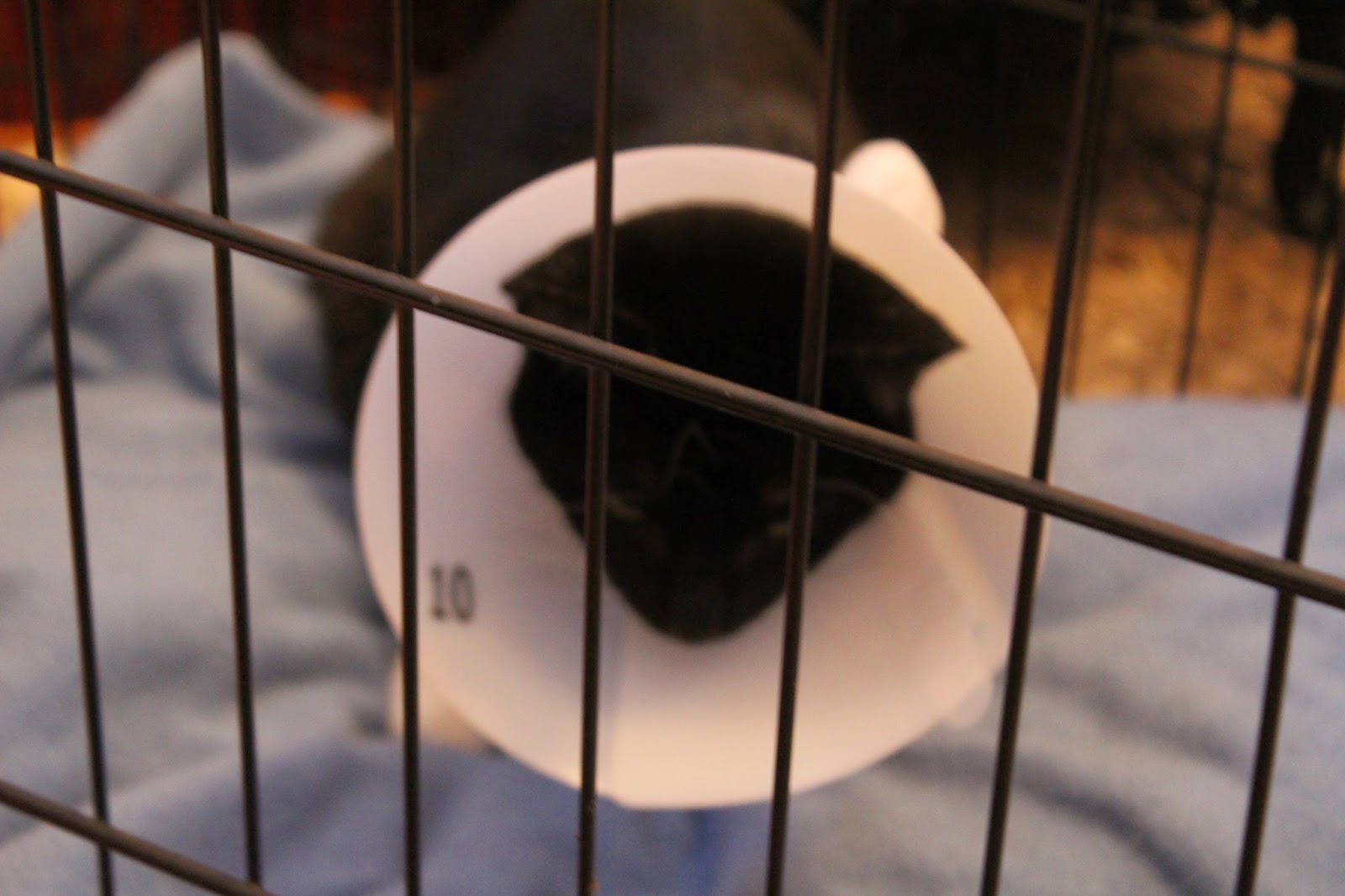 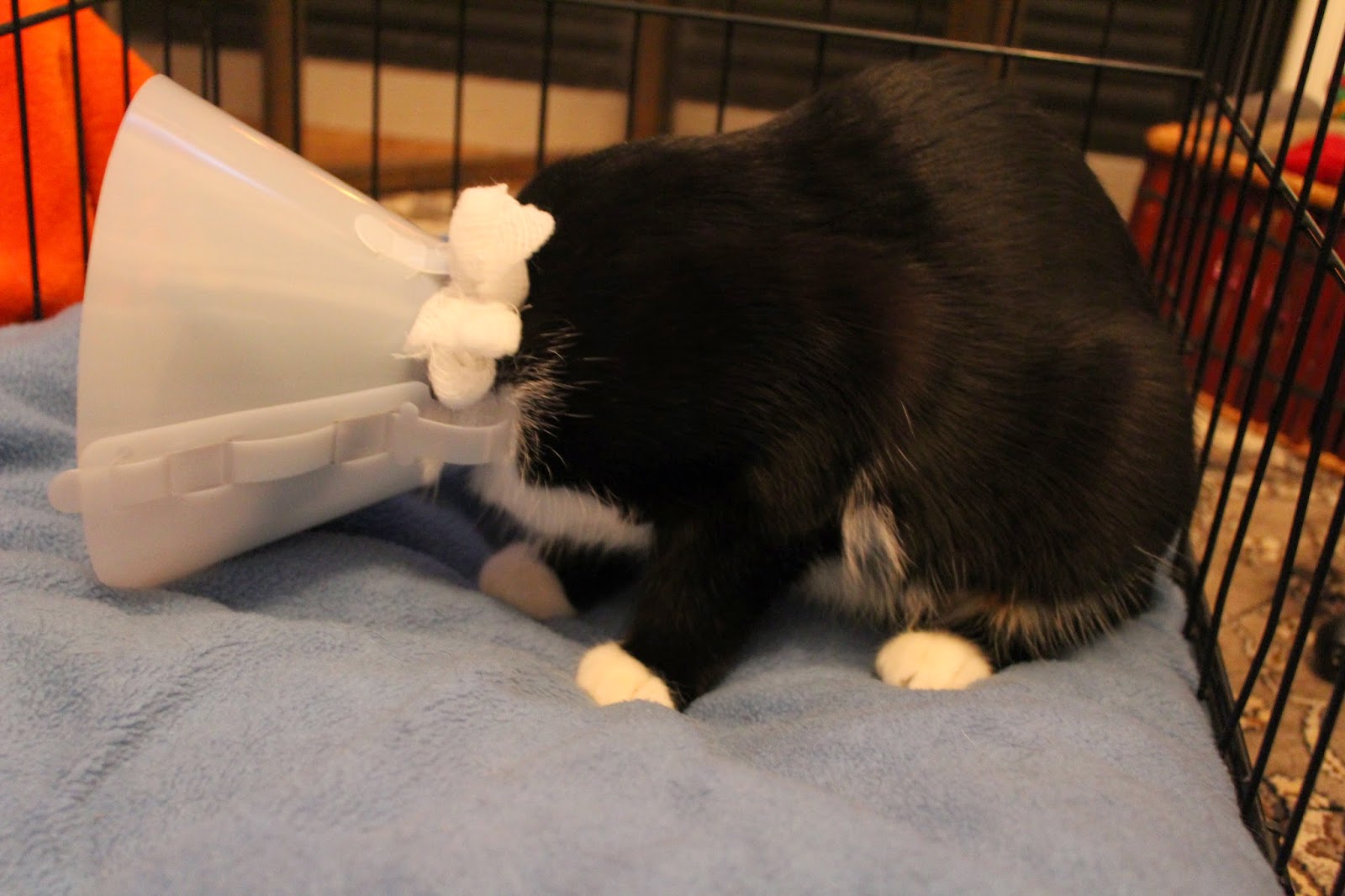 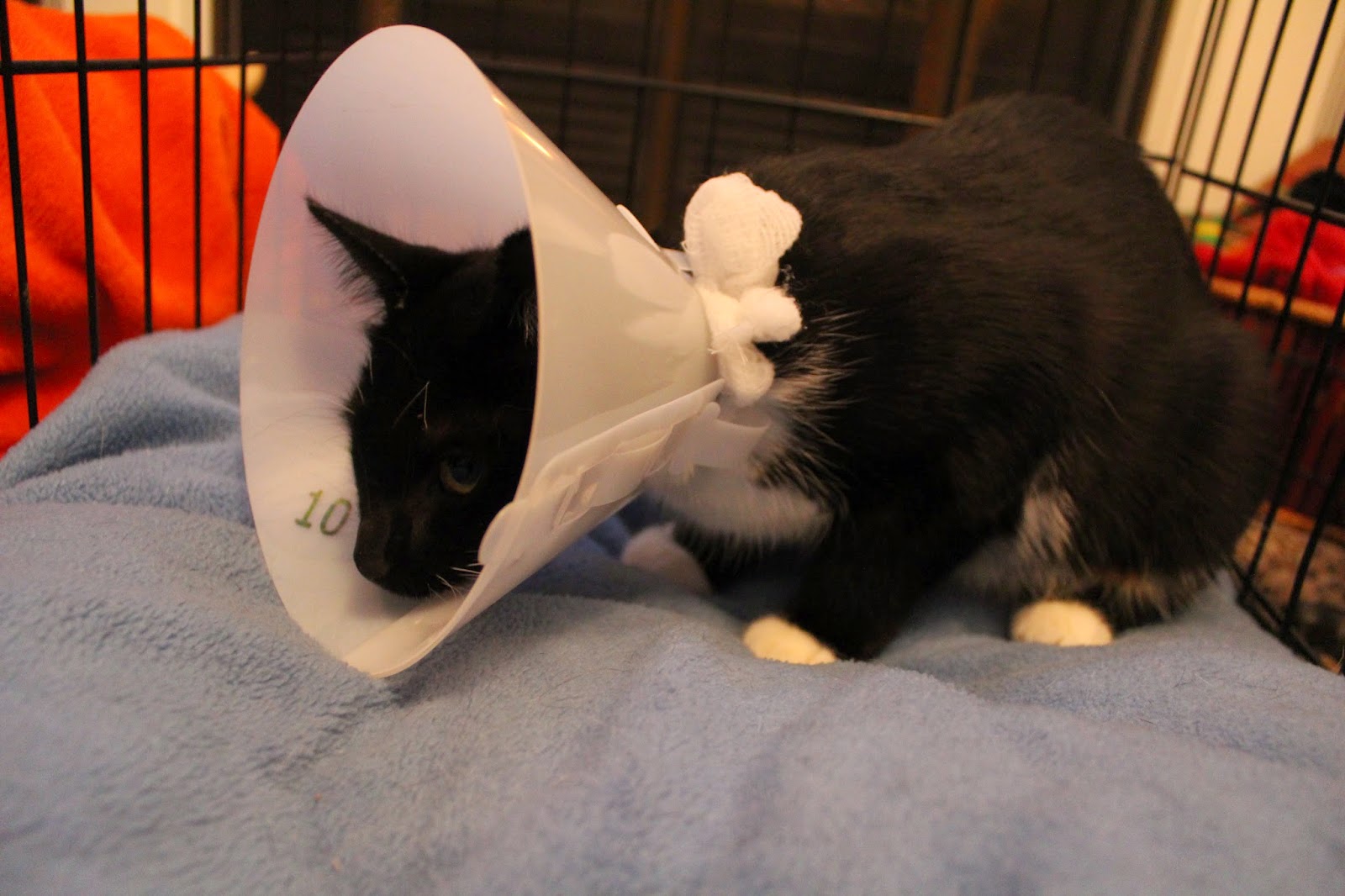 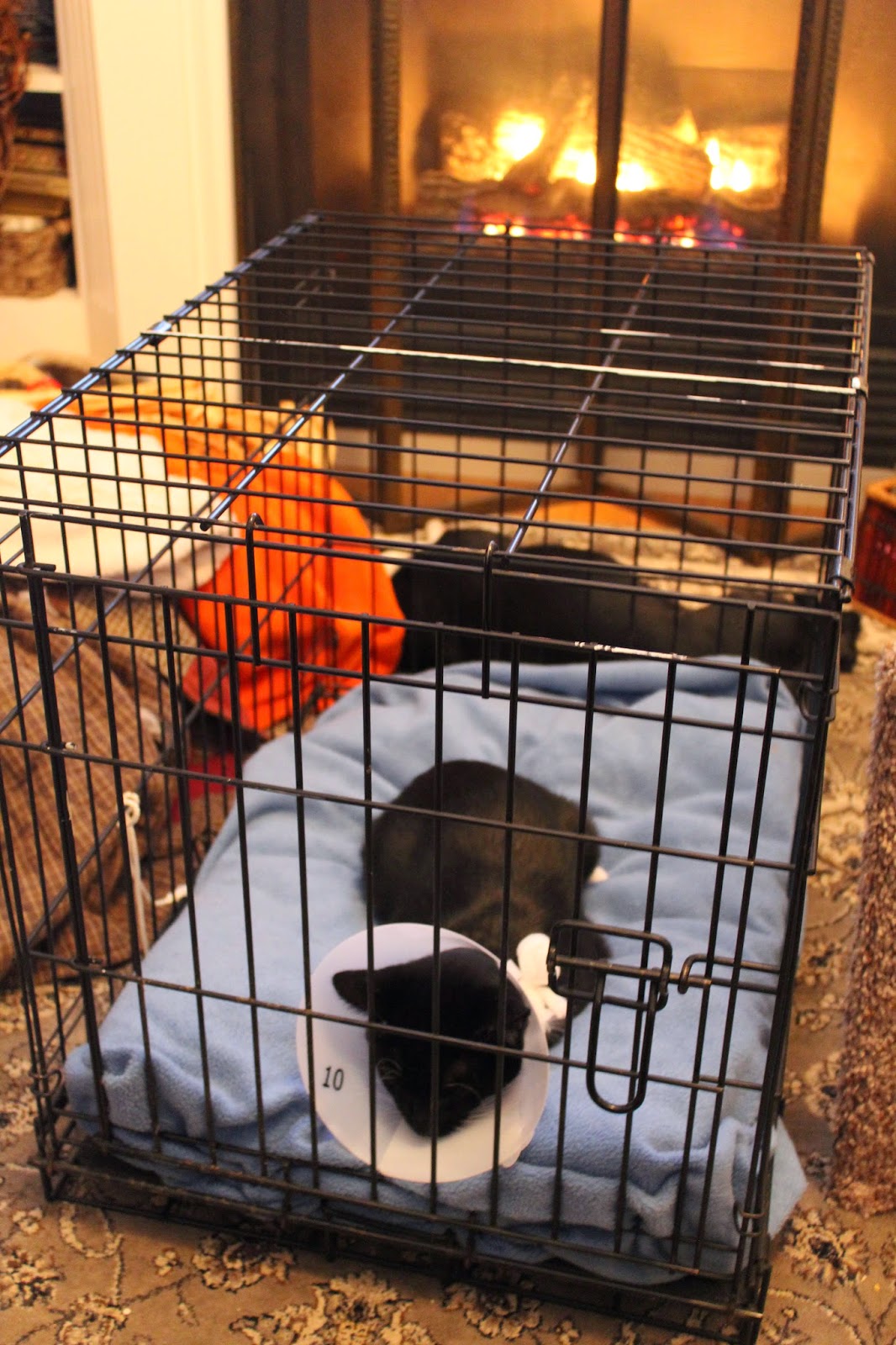 I kept her in the crate till the drugs wore of, she was so wobbly. 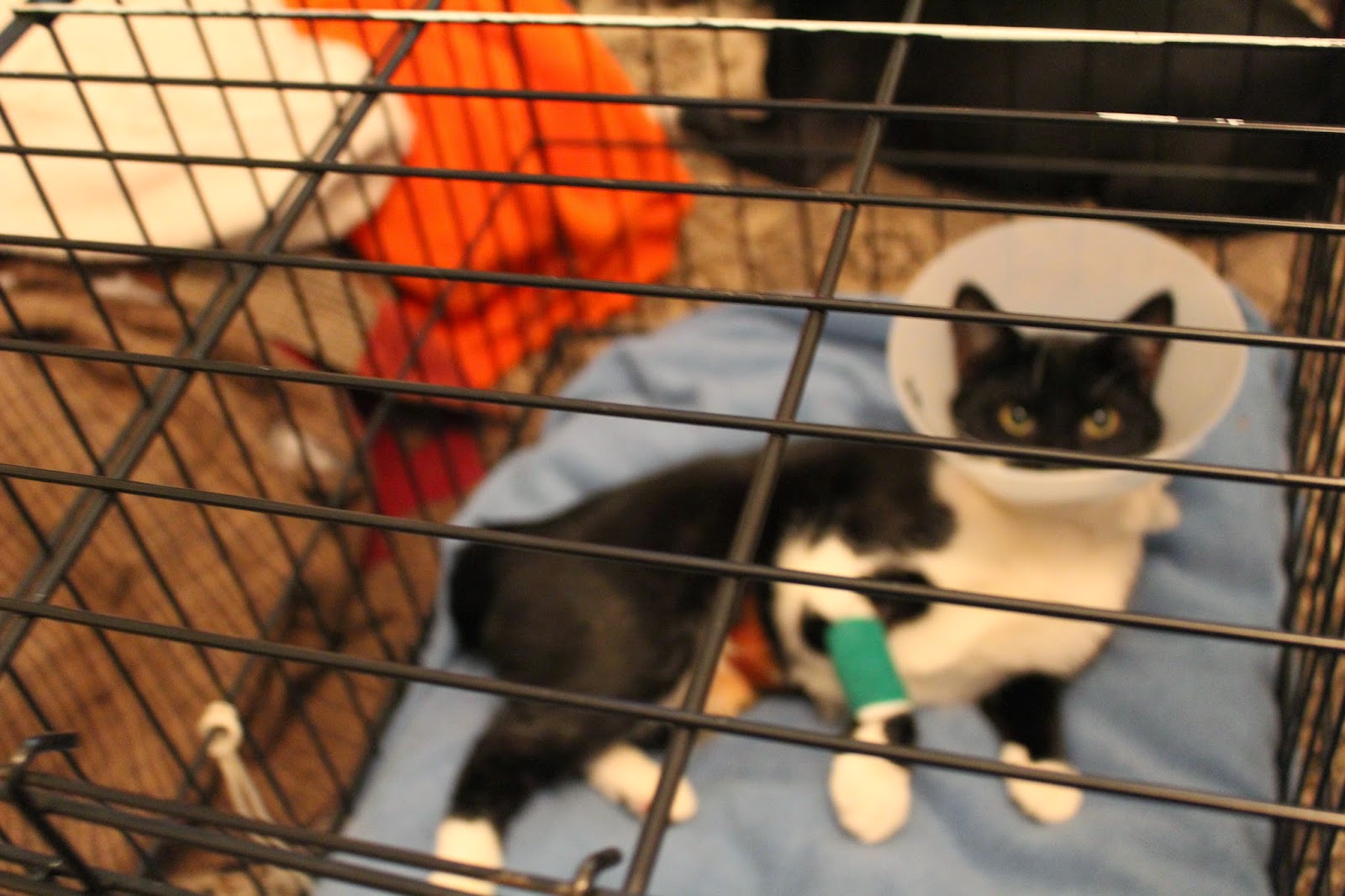 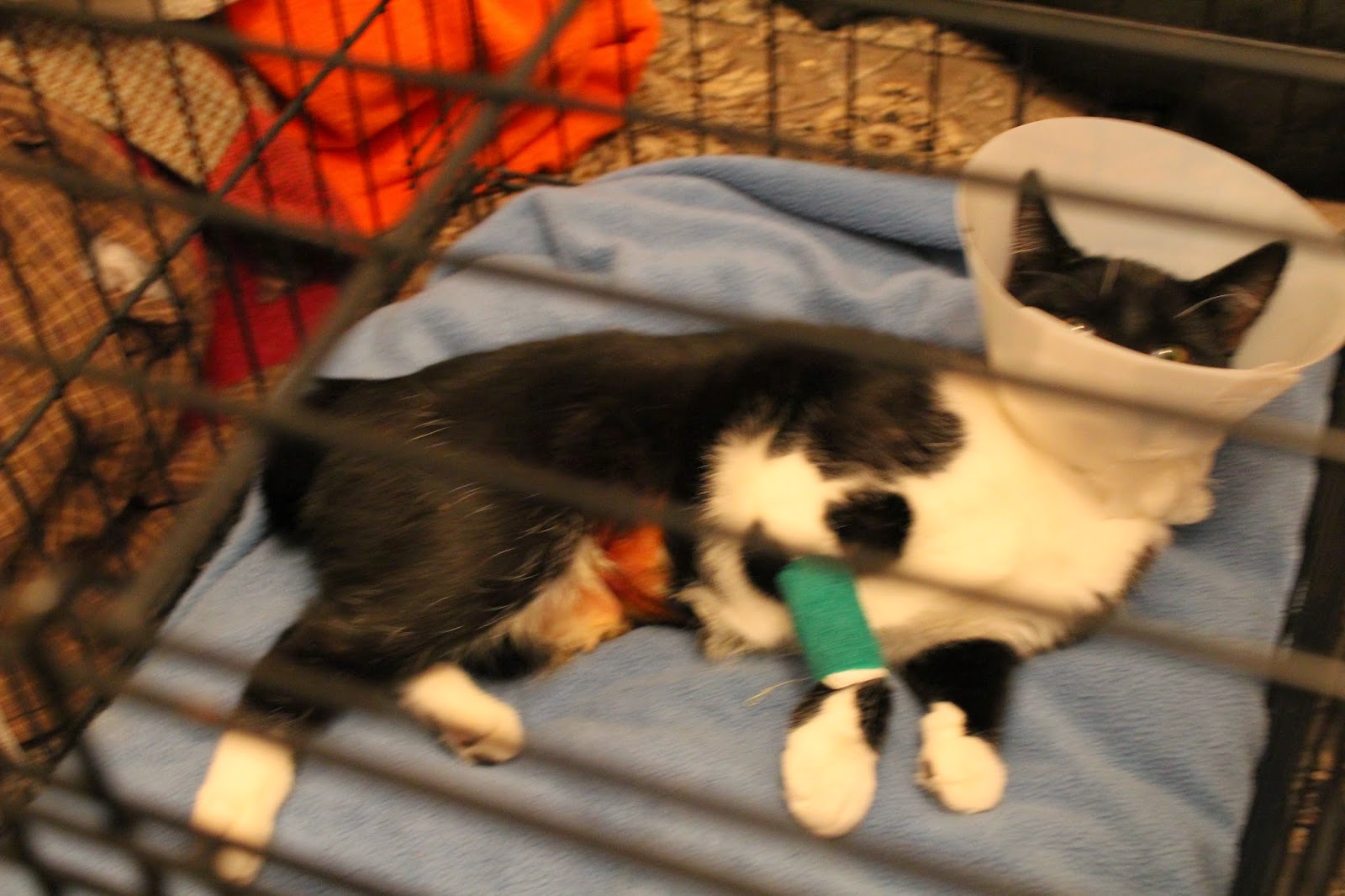 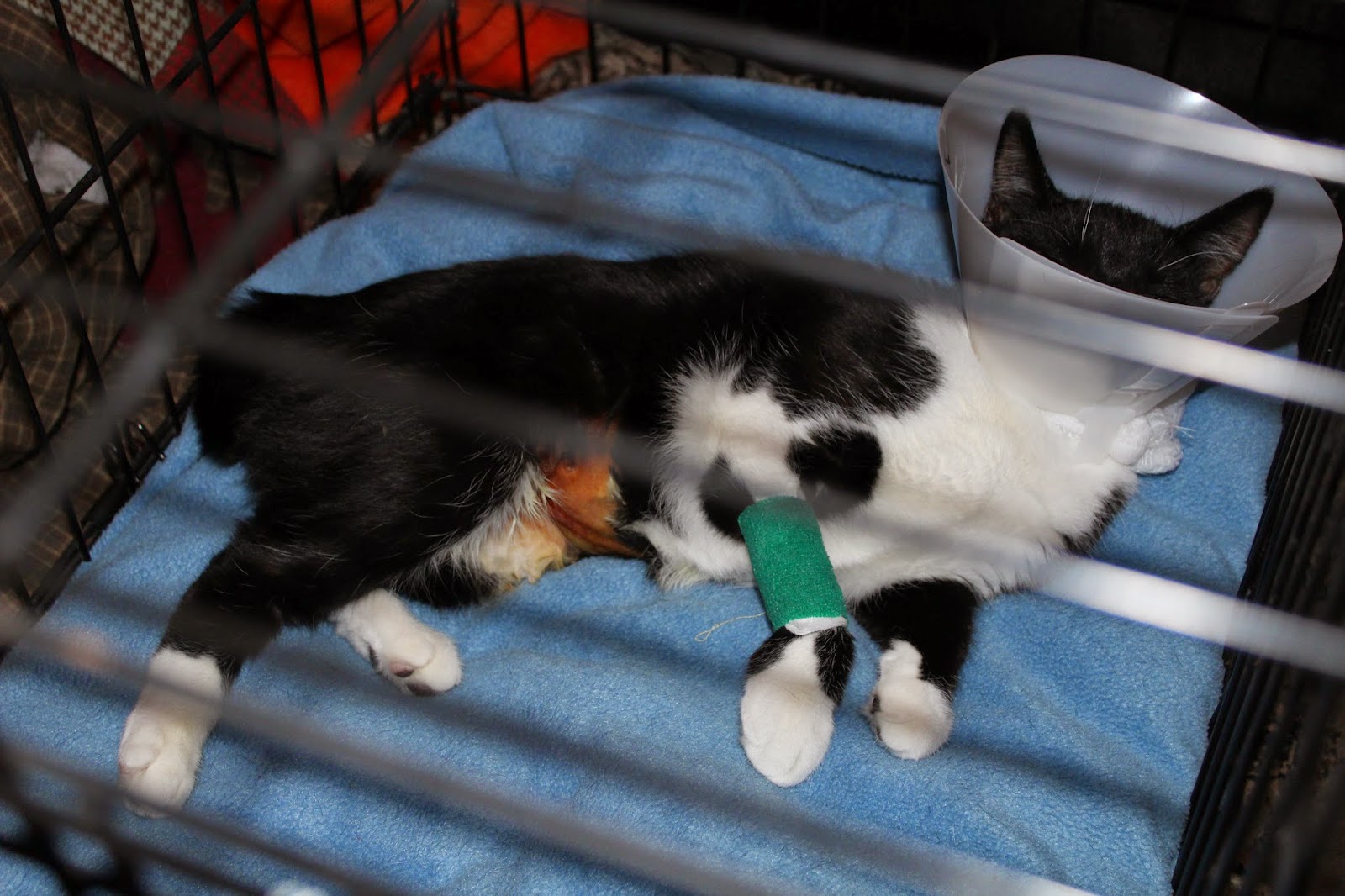 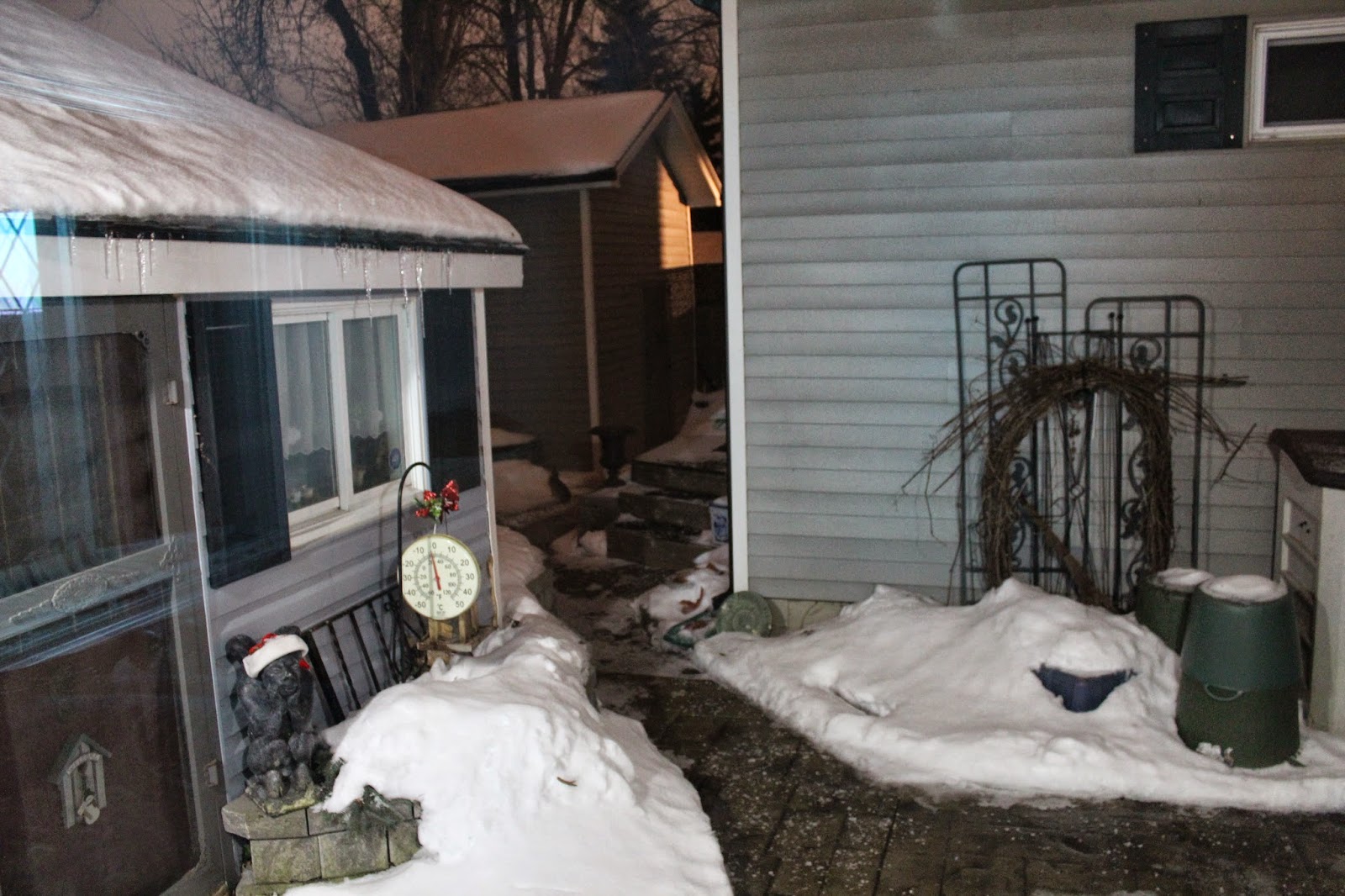 Then Boris went crazy to go outside, he saw a bunny rabbit that he wanted! I enlarged the picture...see it in the next yard by the black urn? Nothing wrong with his eyes! 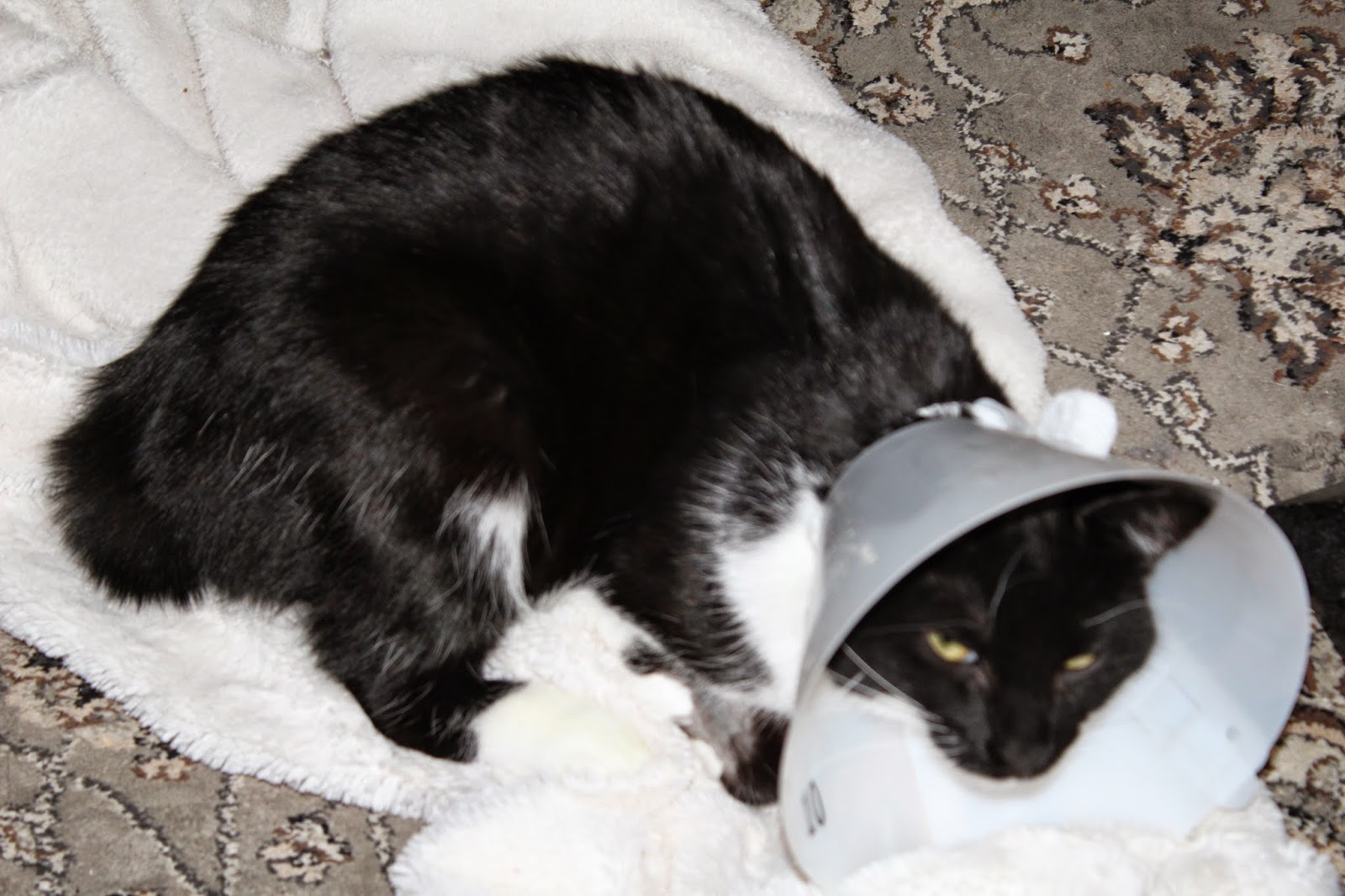 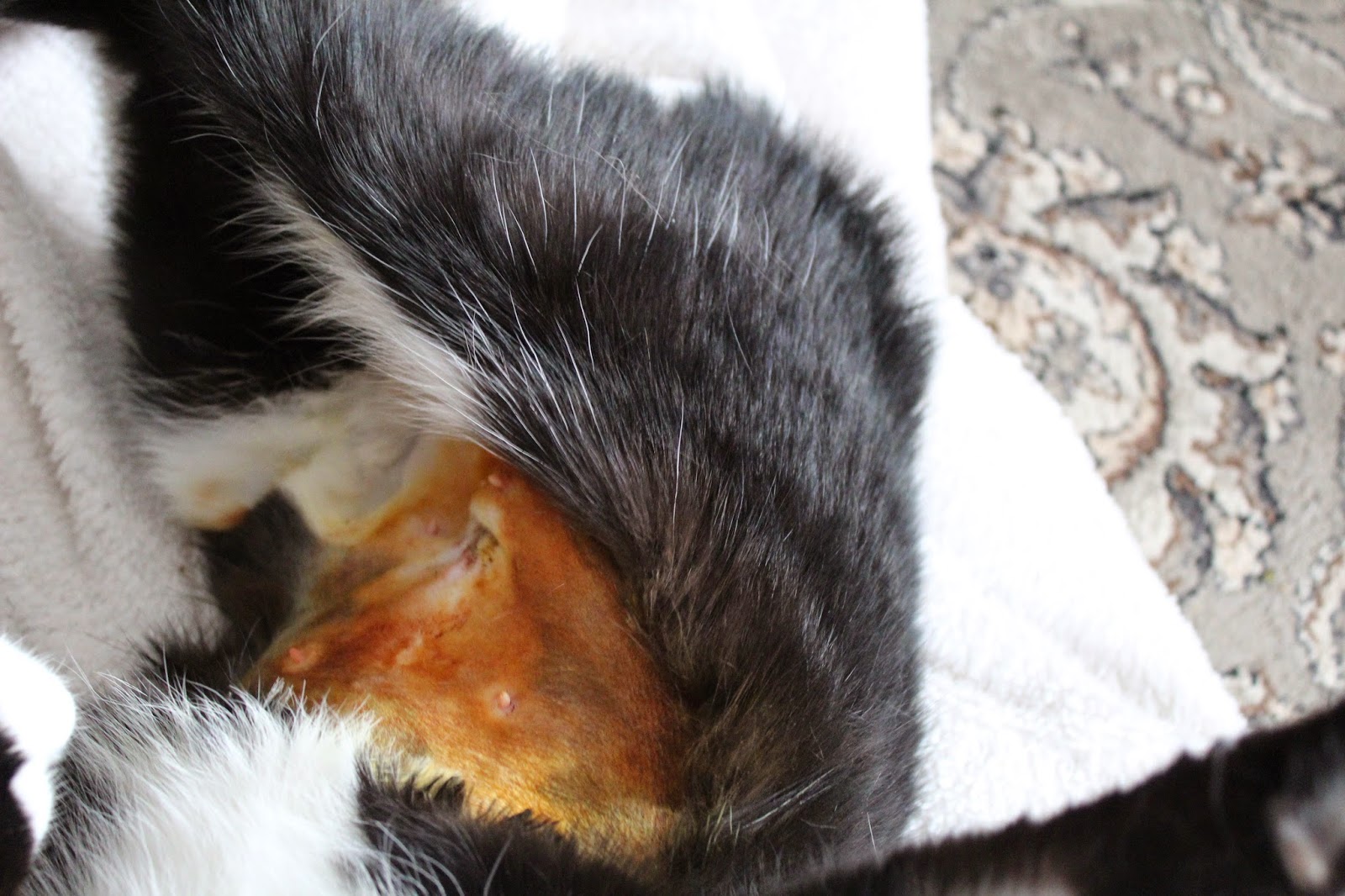 I gasped when I saw this colour all over her & they reassured me it's just iodine from the surgery. 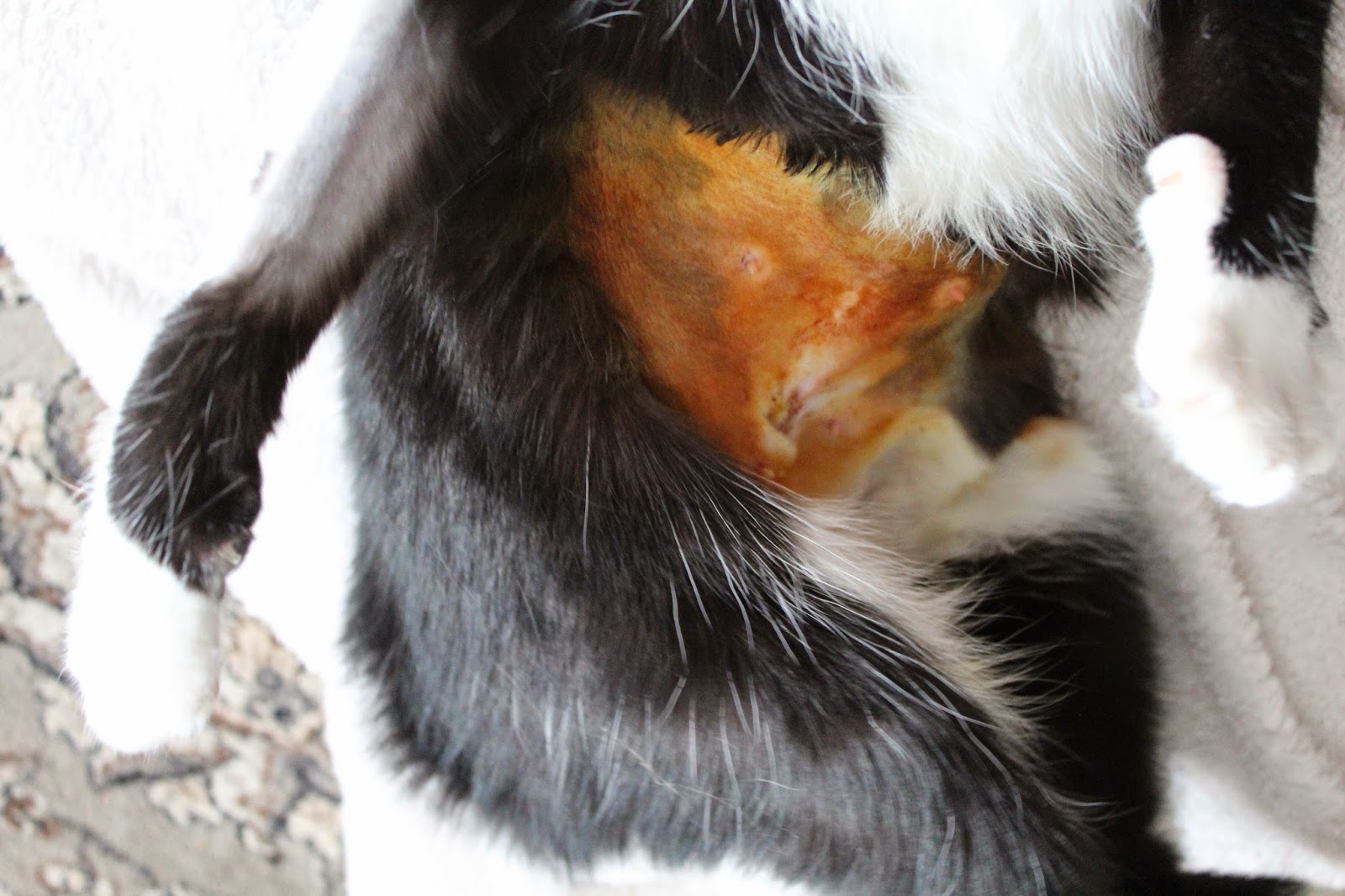 Such a small incision for such a large bill, I wish we had a vet in the family! 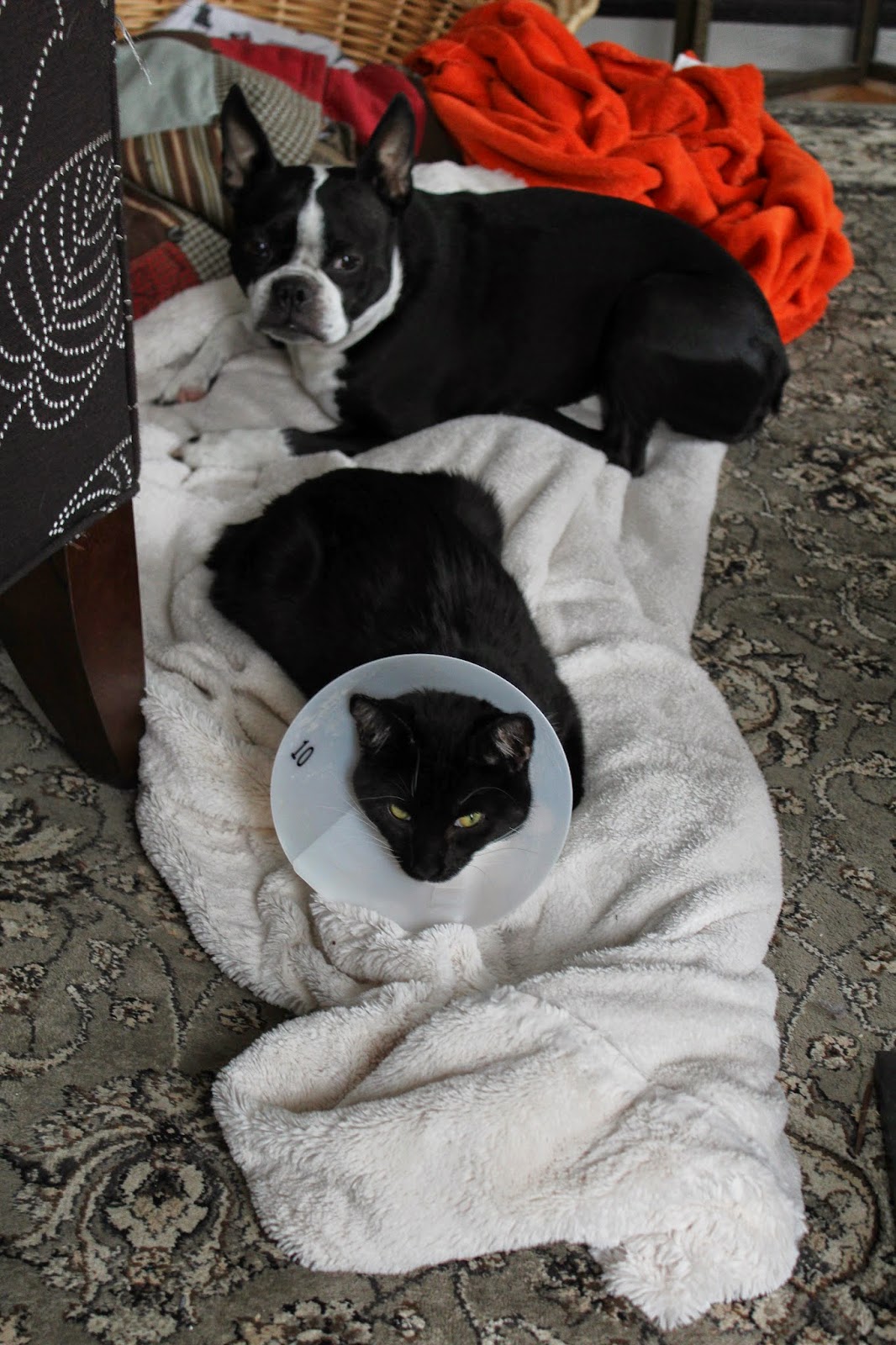 Boris is real careful around her. 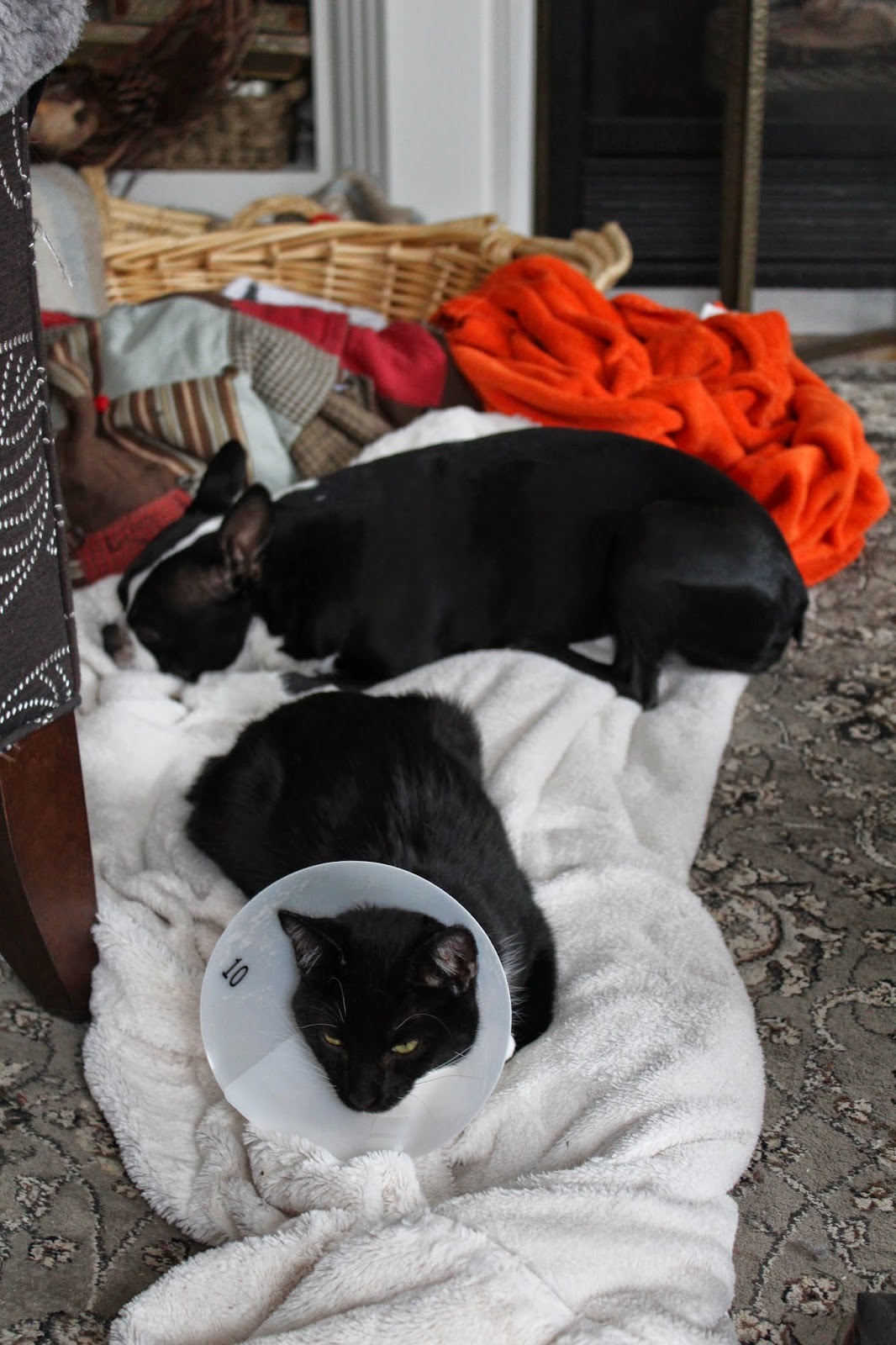 She feels better having him around too. Last night I slept with Rexton in the crate, on the bed & Boris slept next to the crate. Rexton & Boris both slept through the night, I was thankful as I had my worries of an interrupted sleep. All is well. Now to get through the next 2 weeks!

I want to go into my KYROTIME...
Playing with blocks! These blocks have fallen so many times that I was going to fix this with wood glue! 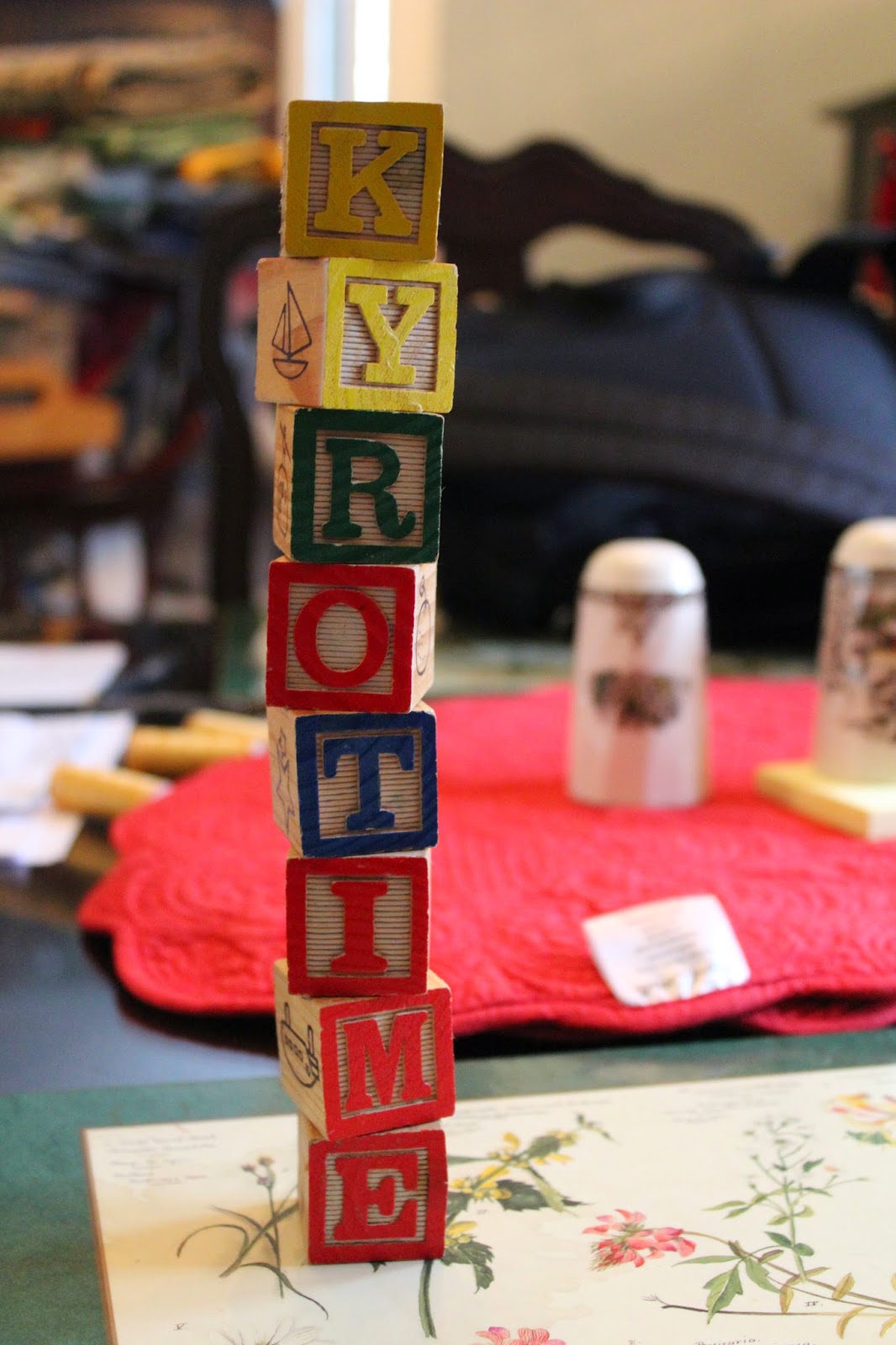 This looked too twisty... 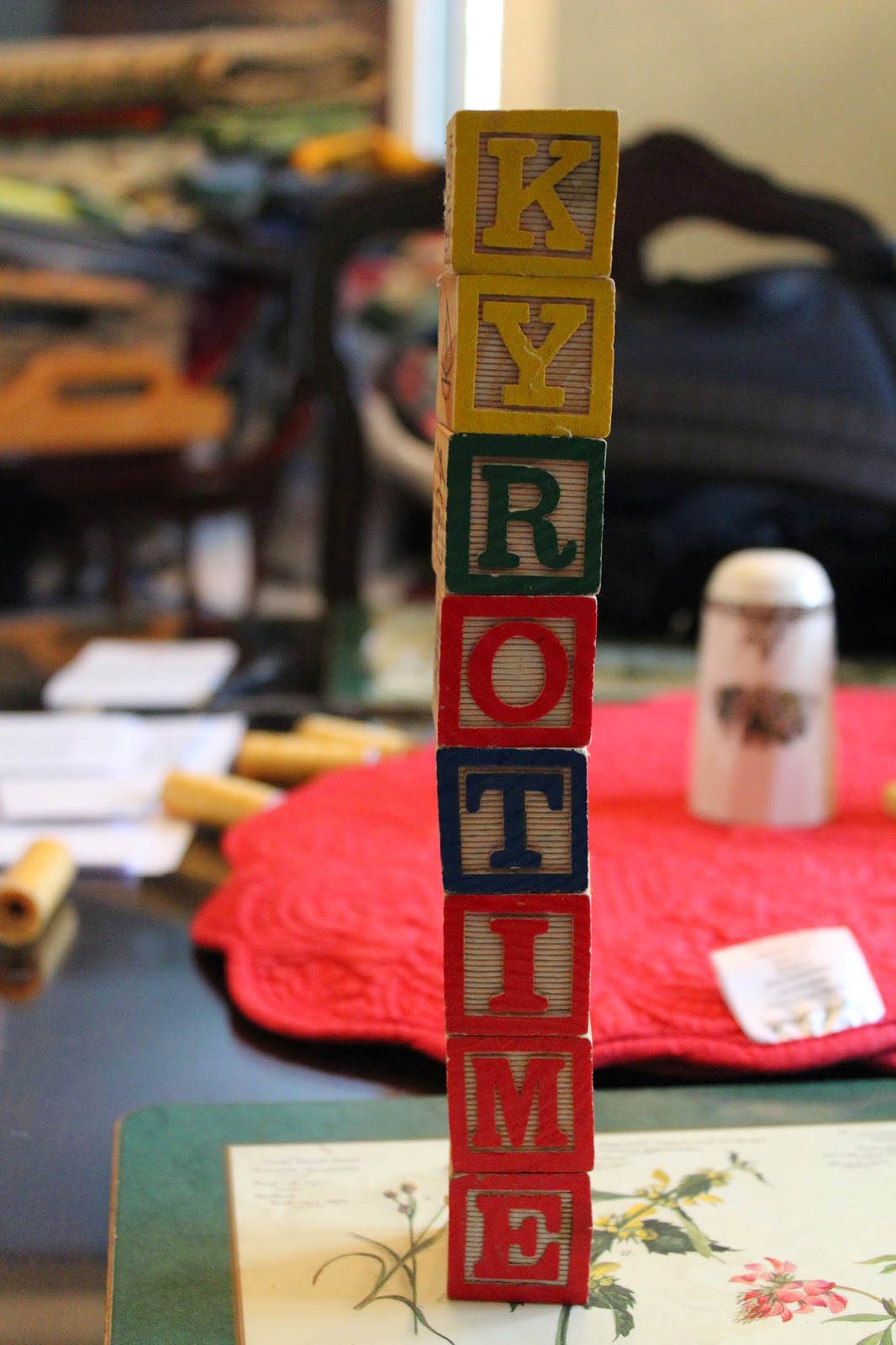 This looked too leaning towerish... 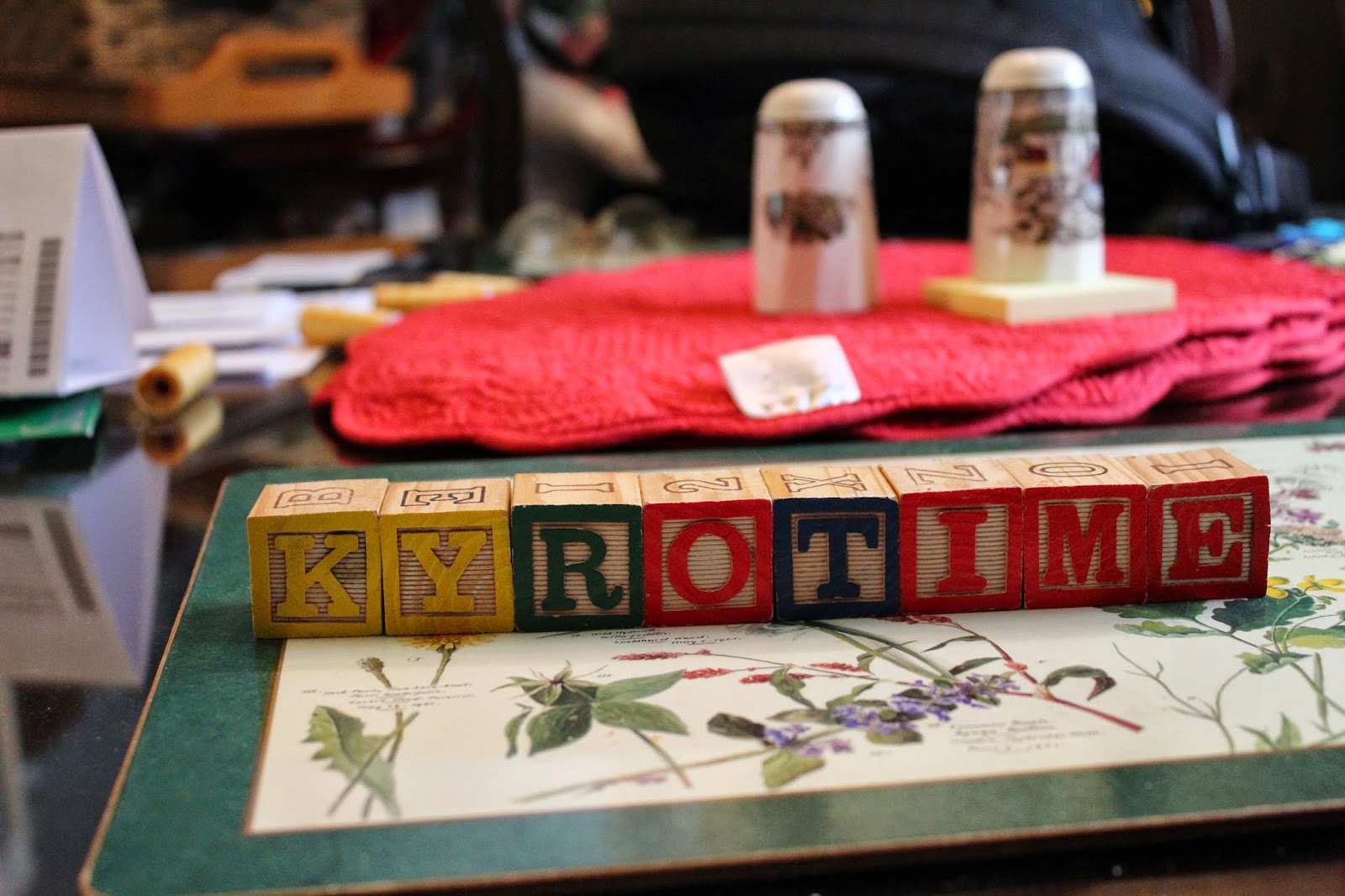 This look was 'just right'. So all these blocks are now one & I'm going to place them over my studio bookcase out east. Everything these days is about 'out east', I think I'm homesick but the weather there would be nasty. I watch the weather & the temp there is 7C, the temp here is -4C, who has the good weather now?

This week will be a busy one making drapes for Mitch's livingroom & bedroom. I also want to do a John Deere baby quilt for baby Konred, to keep him warm,  he's due to arrive next month. Congratulations to Jess & Kelsey on their first born!

As Winston Churchill once said "Failing to plan is planning to fail."